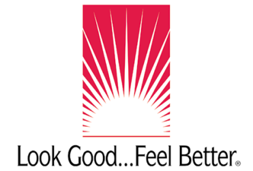 To assist with the recruitment of volunteers nationwide – introducing LGFB service to freelance staff and qualified make up artists.  Make an agency contribution through fundraising activities.

Aesthetics retail division ‘Concessions’ has been assisting the charity since January 2009. Following Concessions Manager Rachael Stevenson’s involvement as a volunteer at Leicester and Birmingham Royal Infirmaries in 2008.  Following a meeting with Lisa Curtis it was felt that having access to a database of staff nationwide the agency could assist with the charity’s recruitment drive. In particular in areas of the UK where volunteer numbers are low. A page on our Website has been dedicated to the charity as an introduction and to create awareness.

Aesthetics retail division ‘Concessions’ organised a Ladies night at NONO8 in Derby which later included an after party where men were also invited to attend.  The event was sponsored by SKYY Vodka.  Working with the beauty team at Boots Westfield Derby, company clients and a variety of local health, beauty and retail businesses 200 women were treated to a night of treats and pampering. All guests received a goody bag sponsored by FIAT UK and entry into a fantastic prize draw including gifts from Elizabeth Arden, The Estee Lauder group, Jo Malone and Dr Hauschka to name but a few. Concessions were also lucky enough to receive a donation by the artist Doug Hyde of a painting entitled ‘Hearts and Flowers’ specially created for the LGFB charity.