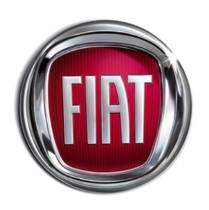 More than 7000 classic cars from all over the world were paraded at the world famous grounds of Silverstone – Northamptonshire, as they celebrated their 21st year anniversary over the weekend. ‘Silverstone Classic’ is a truly enjoyable day out which caters for all age groups. Not only is there an array of the most exotic classical cars in the world to lust after. There were also other forms of activities to participate in like observing the aerobatic displays, retail shopping area, go karting, live demonstrations, fun fair and live bands.

Aesthetics Events (who are never too far away from the most spectacular events) had a trio of girls based at the Abarth stand promoting some of the hottest cars on the market like the ‘Abarth 500’,’ Abarth Punto Evo’ and the sleek ‘Abarth 695 Tributo Ferrari’. Over on another stand we also had another small team of three girls positioned by the Maserati stand attempting to gain passerby’s interest for the super sleek cars that were on display such as the ‘Gran Turismo’, ‘Gran Cabrio’ and the ‘Quattroporte Sport GT S’. The main objective for the girls on each of the stands was to dilvulge product knowledge regarding all the vehicles that were on display and obtain details from potential customer by data capturing. Our skills at Aesthetics were not just limited to data capturing, we also had three hostesses each day located at the Brooklands Suite to assist with their guests that also fancied being wined and dined with a first class service.